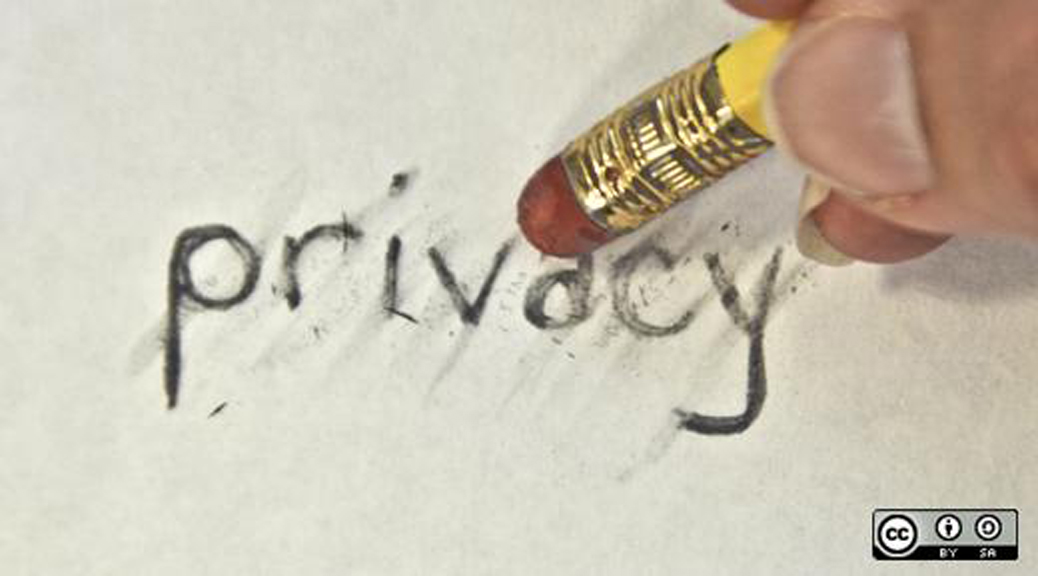 The following post by Samyak Sibasish is the first in a series of posts analysing the effects of Social Media, specifically Facebook, on Privacy. This post focuses on the constitutional and tortuous dimensions of the issue, while the next one will focus on the contractual aspects of it. Samyak is a 3rd year student at NUJS, Kolkata. Apart from being interested in cricket and politics, he spends his time on reading on law and justice systems, more specifically caste. Additionally, being a social media freak, he likes to research on the curious myriad ways the world of social media interacts with the laws that govern it.

Of late, it has been confirmed by media that Facebook has seen a meteoric rise in its number of users over the past decade and if bracketed as a nation, it can be the fourth most populated nation in the world. It is but pertinent to examine how protected is users’ privacy on a social networking forum like Facebook.

The movement to ensure the enactment of measures by social networking forums to protect users’ privacy and avoid infringements on the same has mostly been driven by thousands of online rallies advocating for it in the form of posts, comments, blogs and petitions. It has often been argued that the only way to make governments and corporations take this issue seriously and legislate on it, is through a strenuous campaign of protests by members of social networks.

Many a time, over these years, popular social networking website companies, most specifically Facebook, Facebook have been dismissive of any such movement undertaken by their members. First instance of such a brazen disregard was recorded when Facebook chose to ignore the protests of over three thousand Facebook users against the then recently introduced News Feed Service introduced on the network. Another snub to user requests came when Facebook decided to go public, despite approximately seven hundred thousand user protesting against this development. However, as the issue regarding Facebook’s alleged many a privacy violation came to the forefront even in the conventional media and academic discourse, Facebook had to retract some of its vastly unpopular decisions like releasing two privacy infringing services like Facebook Beacon and Social Ads.

Sceptics have, however, pointed out that in light of the profit motive relentlessly pursued by corporations, while such a method of public shaming of companies may work in some instances; it is highly unlikely to ensure that users’ demands are always met- particularly in the case of privacy concerns. This pessimism is perhaps justifiable on the ground that the members of social networks are adequately desensitised to losses of privacy and have become jaded to scandals- there is an outcry at first, but soon enough everything is forgotten, as was the case with News Feeds and privacy concerns over the use of Gmail.

In light of this, it will be interesting to examine such privacy infringement concerns as has been highlighted at different for a, from a legal point of view. In this post, I will be dealing with privacy as a constitutional concept in India. Additionally, I would be exploring tortuous dimensions in this post. I would be focusing on the contractual aspects along with several other legal issues that crop up in this dimension in subsequent posts.

Facebook users have argued ad nauseam for a right to privacy which is not violated arbitrarily by social networking sites. The concept of privacy, however, has intrigued many legal theorists and philosophers. The goal to constitutionally define privacy remains evasive. The conceptualisation of privacy as a ‘right to be left alone’ has been criticised as being too vague and broad. Meanwhile the conception of privacy as ‘limited access to self’, has gained legitimacy in some quarters. Privacy as a right to determine limited access to self means that every individual has a right to decide the extent of public scrutiny and knowledge in her private life. In this context, privacy has also been understood as a right to have control over one’s personal information.

The Supreme Court has recognised the right to privacy under Art. 21 of the Constitution through an expansive interpretation of ‘personal liberty’. This right, however, is not absolute. The Supreme Court has held that privacy is not violated if it is intruded by a fair, just and reasonable procedure, established under law. Furthermore, the Court considers other countervailing rights and interests while deciding on the issue of privacy.

In most cases privacy infringement has been alleged against the State. Thus, if the right can be claimed only against the state, then the claim of the digital privacy stands vitiated as in most cases, the claim lies against private bodies. Moreover, the Supreme Court has expressly stated that once an individual’s information becomes a matter of public record, the right to privacy with respect to that information ceases. Such a position bolsters Facebook’s argument that users consent to make their information publically available. A window of opportunity may be found in a reasonable interpretation of the term ‘public domain’. It is, however, yet to be seen how far courts will be willing to go to expand the right to privacy so as to include the right to digital privacy within its purview.

However, a person who complains of infringement of privacy may be well-suited to make a case on tort-based claims. For example, recognised in multiple jurisdictions throughout the United States, the tort of appropriation, aims at protecting an individual’s privacy by affording protection to her name or likeness. This tort has been given legislative recognition in California, wherein its basic ingredients include:

(a) The defendant’s knowing use of the plaintiff’s name, likeness or identity

(b) Without the plaintiff’s prior consent

(c) Commercial or other advantage to the defendant

(d) Injury to the plaintiff.

A person can also complain on the ground of tort of intrusion is very similar to that of trespass and the two are often argued simultaneously. A case may be made out to argue that one cannot accumulate information about another if he/she had a reasonable expectation of privacy over that information.

The tort that guards against publication of private facts protects an individual from having facts (even if true) published if a reasonable person would be offended at having such intimate facts about him revealed. The tort is, however, inapplicable, if the plaintiff is observed in a public place or if her activities are considered newsworthy.

It has been argued that the above three privacy torts chase an unrealistic ideal- that of perfect privacy wherein absolutely no information that an individual seeks to protect may exposed to the outside world. That at least a modicum of informational privacy is likely to be breached in today’s highly networked world, however, is a no brainer. It is in order to address this reality with a pragmatic solution that the tort of breach of confidentiality is proposed. This tort concedes that certain breaches of privacy will inevitably take place and, therefore, focuses on the obligations owed within the chain of the breach. It is proposed the general rules of confidence apply between users of social networking sites inter se- in a modern adaptation of Duchess of Argyll v. Duke of Argyll, if an angry former girlfriend posts intimate or humiliating information about her boyfriend on Facebook for the world to read and watch, she may be pulled up under the tort of breach of confidence.