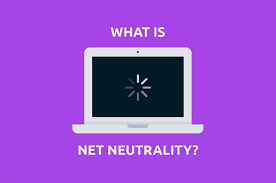 Ed. Note: This post by Prateek Surisetti is a part of the TLF Editorial Board Test 2018

Put very simply, a neutral network is one in which both the Internet Service Provider (ISP) and other actors are effectively blind to the content that is being put on the internet. The debate surrounding network neutrality has arisen only recently because earlier, ISPs could not identify the nature of data that was moving through its networks. Now, with the advancement of technology in the form of “Deep Packet Inspection”, ISPs can, at least as far as technology is concerned, differentiate between the various kinds of data on their networks. Also, they will be able to understand the amount of data that is being transferred from a particular server or source. In other words, an ISP can determine exactly the extent of data its users are accessing from a content provider (CP), such as Netflix or YouTube.

As a result of the said newfound knowledge, ISPs are seeking to maximize profits through optimal management of data traffic. The number of internet users are increasing by the day and the load on network infrastructure has been growing drastically.

So far, the network has been working on a “Best Effort” basis, which meant that the ISP’s policy required it to attempt its best to provide for everybody at the same time, working on every request equally. In order to better understand the “Best Effort” system, let us consider a hypothetical situation.

Suppose we both use the same ISP, with access to equal bandwidth of 200kbps. Further, suppose you and I attempt to access, at the same instant, videos of varying quality (150kb and 400kb respectively). According to the “Best Effort” system, both of us will get access at 100kbps each, because we are sharing the bandwidth. Note that if the bandwidth was of 1000kbps (instead of 200kbps), there wouldn’t have existed a need for splitting the bandwidth at all between us as there would be enough for both of us.

While some would argue that data traffic management is solely for furthering ISP profits, we could also view the same as a solution to tackling a data overload. To explicate further: With an ever increasing load on their networks, ISPs are hoping to tackle congestions through optimal management of data traffic. For instance, ISPs argue that websites such as Netflix take up a disproportionate part of the bandwidth, causing access to other websites to slowdown, and therefore, could be charged a larger fee.

For differential fee charging, ISPs have devised a Two-Tiered system. The same involves ISPs charging a premium from CPs (e.g. Netflix) to provide cheaper and/or faster access of their content to customers, while those which pay a lower charge, would have to deal with customers having slower or costlier access.

Further, it follows that customers would be more inclined to use the services of CPs which pay the ISP, rather than endure relatively delayed access to CPs that fail to pay the ISP. Consequently, CPs which do not have the required financial power will not be able to compete with the more established players. Therefore, the internet’s attribute as a level playing field would be further undermined.

Also, there exists a problem at the international level. Since, most of financially endowed CPs are situated in developed countries, largely in the west, content from Africa and underdeveloped regions will be treated as “lesser” content and will not enjoy the same reach as content emanating from developed countries. (Consent of the Networked; Rebecca MacKinnon)

Apart from free speech and political activism, traffic management has direct implications on privacy issues. Traffic management will necessarily involve the use “Deep Packet Inspection”, and by implication, ISPs will have access to every transaction’s metadata (includes type of application, source, et cetera). Though the intention might not be to invade their customer’s privacy, it is a necessary consequence. Irrespective of the veracity of the ISPs claim that they do not look at the specifics of the data, it is an invasion of the customer’s privacy even to the extent of “merely” collecting metadata.

While there exist other aspects to the larger network neutrality debate, I have merely attempted to provide a brief overview of the same. In the next piece, I shall discuss the intersection between network neutrality and economics.