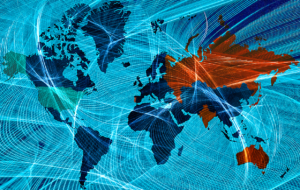 In India, the debate took off when Airtel charged customers for voice calls over apps like WhatsApp, Skype and such OTT (Over-The-Top) services. This was bound to happen as most Internet Service Providers also control traditional services such as telephone services, whose profits are diminishing due to content providers like Skype (e.g. Airtel).

Various experts in the field had suggested that the Indian government to go the US way, i.e. to effectuate rules to regulate after viewing how the absence of NN rules plays out, rather than regulating from the beginning itself. But TRAI thought otherwise.

In the USA, ISPs are required to declare their network management practices and performance characteristics, in addition to there being a restriction on blocking lawful content and unreasonable discrimination. Though this is a step forward, the Federal Communications Commission (the US regulatory body) has left mobile network service providers out of the ambit of its regulations, for unknown reasons.

The EU, or the European Union, now requires ISPs to completely disclose all their practices pertaining to Network Management. The simple principle they followed was that customers should know what they are getting into and therefore, the regime focusses on reducing information asymmetry. Essentially, they the field has been left open for further regulation in the event that anti-competitive practices set in, in the future.

At the moment, only India, Chile, Netherlands and Brazil unequivocally espouse the principles of Net Neutrality in their laws.

Chile, despite having a very low internet penetration of around 28%, has called for an out and out application of Net Neutrality. Further, it has even banned “zero rating”. Zero rating is how successful and financially mighty content providers such as Facebook form an agreement with ISPs to provide their end users with free access (neither the ISP nor the content provider charges a fee) to their websites. Though NN would allow upcoming companies to compete better with established content providers such as Facebook, it also reduces chances of increased internet penetration (which would otherwise have reached its populace free of cost). Though outright imposition of NN laws might seem like a beneficial step, considering Chile’s low internet penetration, I feel it would have been better to start regulating a little later.

Netherlands, on the other hand, has almost 100% internet penetration. In this case, it makes more sense to adopt a neutral internet. Nevertheless, there are other considerations, of a distinct kind, at play over here. Most of the large content providers are based in the US and therefore, it would have put European companies at a disadvantage if NN was not pushed for. Additionally, another disadvantage of furthering NN has been increased tariffs for voice calls.

The Brazilian government has restricted corporations from not only charging deferentially, but also from collecting metadata. Furthermore, corporations are not allowed to do so and can be held accountable even if they store the data abroad. So, companies such as Yahoo and Bing, based in the US, can also be held accountable. However, enforcement concerns have been raised.

Over the course of this piece, we have reviewed the various degrees of NN protection afforded by various jurisdictions. We can classify the jurisdictions into 2 categories:

Finally, I would like to direct your attention to www.thisisnetneutrality.org, which provides a beautiful interactive map/infographic that displays NN information for jurisdictions across the world. Apart from categorizing countries into those with NN protections, those considering protection and those with no protections, the infographic provides additional information regarding each individual jurisdiction too.